The tyranny of the judiciary

In earlier outings, this crowd have skewered the previous Australian government.

A 'cleaner' version has been released - it's rated PG

this latest ruling by Judge Cannon is a remarkable example of a judiciary out of control.

I heard Andrew Weissman tonight call the decision "untethered to the law". 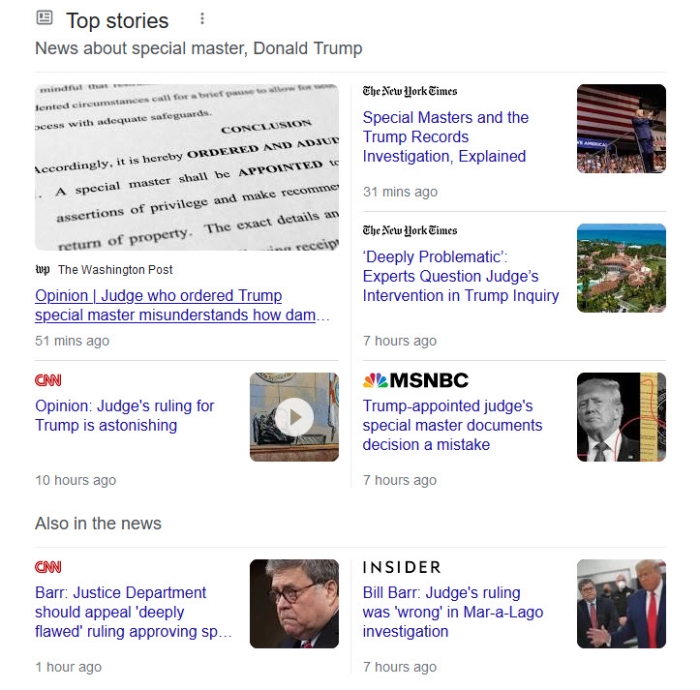 this latest ruling by Judge Cannon is a remarkable example of a judiciary out of control.

I heard Andrew Weissman tonight call the decision "untethered to the law".

Trump's work in helping to corrupt the judiciary seems a success. Little did we suspect that deplorables would be placed on the Federal bench.

How can you have religious objections to HIV drugs?

The Times finally gets one right.

The actual cause of its historic unpopularity is no secret. Over the past several years, the court has been transformed into a judicial arm of the Republican Party. This project was taking shape more quietly for decades, but it shifted into high gear in 2016, when Justice Antonin Scalia died and Senate Republicans refused to let Barack Obama choose his successor, obliterating the practice of deferring to presidents to fill vacancies on the court. Within four years, the court had a 6-to-3 right-wing supermajority, supercharging the Republican appointees’ efforts to discard the traditions and processes that have allowed the court to appear fair and nonpartisan.

As a result, the court’s legitimacy has been squandered in the service of partisan victories. The Dobbs decision in June, which overturned Roe v. Wade, eliminated American women’s constitutional right to control their own bodies and was a priority of the Republican Party for decades, is only the most glaring example. In cases involving money in politics, partisan gerrymandering and multiple suits challenging the Voting Rights Act, the court has ruled in ways that make it easier for Republicans and harder for Democrats to win elections. In 2018, the court ruled that public sector labor unions violated the First Amendment rights of nonmembers by requiring them to pay fees to support the unions’ work bargaining on their behalf, after decades of rulings in which the court had found the opposite to be true. That ruling further weakened organized labor, another Republican goal. 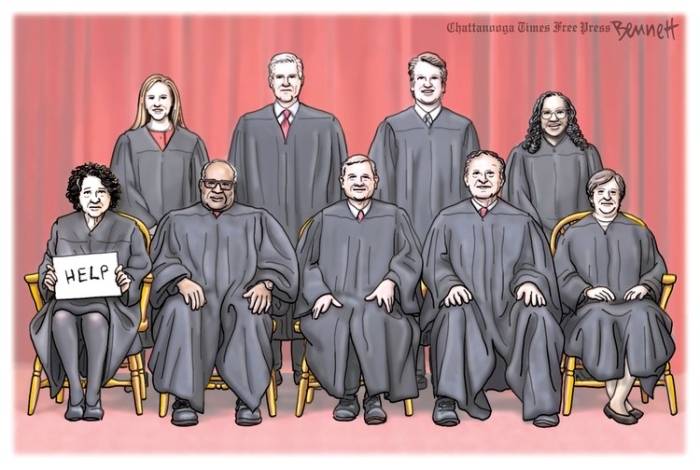 Nov 19, 2022 at 12:18pm
This thread explains something that I've wondered about, which is the ability for litigants to literally pick a specific judge to rule on their case.

You can only do it in certain states, e.g. Texas, I think Florida.

In most states a judge would be assigned at random, but in these "single judge divisions" that's not the case.

It doesn't seem right that states should have that kind of control over the federal judiciary.