"> thanks, guys, for listening!

Perhaps the OPs of Caregivers and Over The Hill Gang threads could move them here? Or start new versions? 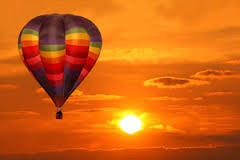 Like the idea, don't like the category title. Why restrict to "issues"? Seems an unnecessarily negative connotation. Just "Seniors" would work, I think.

Happy to see the new category! The title, however, needs tweaking! The word, "Issues", suggests problems or concerns only! There is a lot more going on in our senior world.

Wow! I didn't realize they had started this category until I saw your new thread, Joanne. So I just moved the "Over-the-Hill Gang" thread here, too.

Peggy -- In line with above comments, you might want to make your thread title more specific, now that it's under "Seniors." I confess that I never peeked at that thread, not having realized what it was about. (I"m also not wild about "over the hill," but maybe I'm being too sensitive.)

What do I know? I'm a mere babe-in-arms...according to my much-older sister!

"Issues" is too restrictive. Aside from issues per se, this thread might cover specifically for seniors: education opportunities, travel suggestions, discounts, shopping tips, advice for finding someone to shovel snow, activities to do with grandkids, etc. etc.

This thread is general chat. The category can contain all those other things as the need comes up.

My mother, bless her heart, would probably have suggested "Older Than Dirt" for this general category - she had a wacky sense of humor for most of her life. That's one of the things we missed most as dementia stole her personality from her. I remember once, before that started, she was talking about not wanting to do things with the "old women" in her apartment building. Since she was about 84 at the time, I asked her what she considered "old" - she said, "Anyone 10 years older than however old I am!" That made me smile when she said it, and still does.

Well, at least we have the long wished for "Seniors" thread, and I am happy about that, no matter what the title is.

My gentleman who'll be 100 in November says the same thing, but in Greek!

unicorn33 said:
Peggy -- In line with above comments, you might want to make your thread title more specific, now that it's under "Seniors." I confess that I never peeked at that thread, not having realized what it was about. (I"m also not wild about "over the hill," but maybe I'm being too sensitive.)

If you read it, you might know that it the title is very tongue-in-cheek, and very nonspecific because the thread is not specific. It was named after a group of women who used to meet at the women's center in a town near where I grew up. My mother started it as a group for "women of a certain age" to get together, do things, chat, and so on. She named it as a reference to both the original Over the Hill Gang of bandits, in order to poke fun at the idea of women in that age group being "over the hill."

So, I am here. Looking forward to chatting with you girls and guys.

Lisa, I haven't checked anywhere else yet... How's your dad?

lisat said:
So, I am here. Looking forward to chatting with you girls and guys.

That is my vision for this category! Seniorsn need to chat and we also need all the advice, guidance, and support available for us -- and our families.

Yes, I believe in that, too. So, we can all be here for each other!

I believe I am having a senior moment. Why am I in this thread? Oh right, I am a senior.

joanne said:
Lisa, I haven't checked anywhere else yet... How's your dad?

Thanks for asking, joanne. My father passed away early yesterday morning. Here is the obit I was asked to write but mostly will not be used. I have never written an obit before. After I wrote it we brought one of our sons to college.

It has been a hellish summer. Hospitals can be torture, and this was certainly true of my father's experience. Sixty days of it.

I sang a lullaby to my father the way my mother sang it to us when we were babies. I know he heard it decades ago, and heard it hours ago in hospice. It is an Italian song from my mother's mother's mother coaxing a child to go to sleep, it is night time go to sleep. I butchered the Italian words as my mother had before me, and perhaps even as her mother's mother had despite her voyage from Italy. My father's father also rode a steamship from Italy to America. Perhaps as my father drifted away, a part of him was reminded of the language of his father. But probably not.

Here is the obit:

Paul T., founder of Paul’s Foods in Portland, Maine, has passed away at the

age of 81 from complications of heart surgery. A ‘self-made

man,’ Paul who worked in his store every day, was a beloved figure to the
downtown community. One of the original directors of the Portland Downtown
District, and a long-time president of an in-town revitalization group,
Paul was honored with the Key to the City in 2003.
Paul was born and raised in Brunswick, Maine. After high
school, he volunteered for the draft and served in the U.S. Army for 2 years during
the Korean War. He graduated valedictorian from Portland University (now USM),
where he also earned an MBA from its inaugural MBA program, taught
graduate-level courses for many years, and was president of the alumni board.
A lifelong grocer, Paul started at the soda fountain of his
local drugstore. At 18, he moved to the big city, Portland, and worked as an
apprentice meat cutter for First National Stores. After his army days and a
return to First National, Paul decided he needed a formal education to
achieve his career goals. Through the G.I. Bill, Paul was able to attend
college, and he spent the next twelve years working in the retail food industry
during the day, pursuing his higher education at night, and raising four
children with his then-wife, Annamarie T. During this time, Paul
joined Hannaford Brothers fulfilling the roles of buyer and retail
counselor, and then becoming Head of Procurement overseeing an annual budget of
$140 million. Paul accepted the position of vice president and general manager of Martin's Foods and eventually founded his own company, Paul’s Food Centers
with 6 supermarkets in Saco, Biddeford, Brunswick and Portland.
In 1980, Paul survived a head-on collision when a driver fell
asleep and entered Paul’s lane. The consequences were far reaching. Having
completed 8 marathons, including the NYC Marathon, Paul underwent a series
of hip replacement surgeries. In a September 9, 2013, Portland Daily Sun
article, Cliff Gallant wrote that the collision, “… affected his ability not
only to run marathons, but also to run six grocery stores...” Paul divested
the business of 5 stores, and continued to own and operate the anchor store at
585 Congress Street in Portland.
It has been here in the center of town that Paul sold “good
food at fair prices,” while attending to other matters, great and small. His
tiny memo pad was an ever-present ledger of loans to customers who could not
buy groceries without it. He was viewed as a father figure by many of his
employees. He argued for Congress Square Park to remain a public space simply
because he believed that people living and working in cities need green spaces.
Etc.

Sorry to hear about your fathers passing .

It was a treasure for you to be there these few years with him ..my sympathies to your family

Dave, thank you for starting these Senior thread!it has been needed ..so we thank you and hope it will serve it's purpose for so many here.

Thank you for responding to the senior need ..

It will show at the Main Library on Sept 26 at 2:00. Thanks to Sarah Lester and JoaNn Beckerich for helping bring the movie to the library and to the Woman's Club for funding .

The movie centers upon speed dating in a group of seniors aged 70-90...It helps dispel many of the myths attached to aging and helps to set up a culture of caring .

Please join us on Sept 26 at the library

cody said:
My mother, bless her heart, would probably have suggested "Older Than Dirt" for this general category - she had a wacky sense of humor for most of her life. That's one of the things we missed most as dementia stole her personality from her. I remember once, before that started, she was talking about not wanting to do things with the "old women" in her apartment building. Since she was about 84 at the time, I asked her what she considered "old" - she said, "Anyone 10 years older than however old I am!" That made me smile when she said it, and still does.

Scully's aunt was in her mid-80's. She would volunteer at the A.A.U.W. book sale. Her job was to carry the books to the cars for the old people.

Lisat, So sorry for your loss. I found your obit moving and full of love. Thank you for sharing.

Lisa, I'm so sad for your family's loss. It seems you've lost someone larger-than-life, not just your Dad; you've written so warmly and lovingly of his life and his achievements.

May these happier memories bind your family more closely, so that grief is lessened.

Lisa: So sorry for your loss. From the obituary that you wrote, I would conclude that your father had a rich, full life in his 81 years. I know he will continue to live on in your memories and the memories of his grand children. My deepest condolences to you and your family on his passing.

Oh, Lisa, I'm so sorry. And I love the detail about the Italian lullaby... I am sure he heard it and appreciated it.

My deepest condolences for the lost of your father ..

If someone stays young in heart until their '80s, as did your father by your account, he lived fully. My father died at 68 in 1956 and I have him in my thoughts every day.

I am sorry for your loss.

I refuse to categorize myself as a Senior, and will continue to refuse at least until I am eligible to take advantage of Senior benefits like Medicare, Senior discounts, etc. But I'm starting to think and plan for that phase of my life so glad to see we are discussing these issues.

Formerlyjerseyjack said:
There's a tee shirt I saw about 10 years ago. I'm sorry I didn't buy it.

Here you go, you can buy it online.