I rarely post about hockey - nobody responds - but last night's game was weird and noteworthy.

The team went on to beat the Flyers 9 0, which is an incredible as_ beating in hockey (that was actually the score after 2 periods - the biggest 2 period lead an NHL team has had in 18 years).  One Ranger tied a league record with six points, including 3 goals, in just one period.  It was one of those games where it looked like the ice was tilted one way the whole contest.

This is how bad it was for the Flyers.  After they gave up the first five goals, they switched goalies (a common move teams make in bad games, and 5 0 is a "normal" kind of bad game).  The Rangers almost immediately scored a short handed goal on the sub.  A short handed goal is a goal you score when you are down one man (or more) because of a penalty.  It's not easy or common to score when you have 4 skaters and the other side has 5 but it was that kind of night.

The Fly Guys are a distant fourth in my Philly sports fandom, but, yes, it was that kind of night.

(Not much of a reply, I admit. Like the Flyers, I’m just making an appearance.)

It was a really weird game. I felt like I was watching a high school game that they would call at the end of the second period lol. It also felt like the Ranger’s temp coach didn’t even need to be there.

Nice to see Mika finally score! Hoping this will rev them for the rest of the season.

Appreciated.  I think this is the first response ever to one of my rare hockey posts.

The Rangers are fun to watch now for a couple of reasons.  First, they are the rare NY franchise that bit the bullet and went all in on a youth movement.  They are now very young and talented.  On the diversity front, they have an African-American defenseman and a Jewish defenseman, both budding young stars.  BTW, the number of black players has grown steadily in the NHL.   I think there are more than 30.

They obviously needed my son in net. 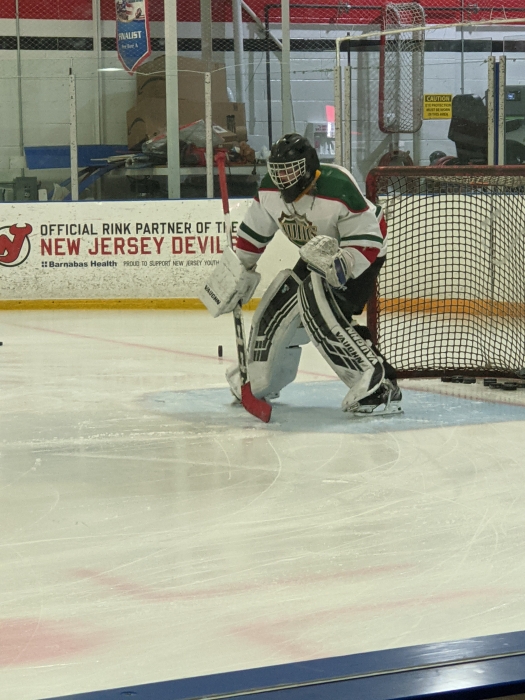 Who's he playing for there?

Mar 18, 2021 at 5:04pm
That's a Wayne Jersey. He started with Nj Devil's youth for 4 years, then two seasons with Cranford, two with Wayne, spring leagues with west orange and union, now moving to Nutley Clifton for spring and next year, and just finished Freshman season with the Nutley/Columbia team.

Before I moved here from the city, I had seats for the Ranger games at the Garden. Hockey was the only sport I seriously followed. I was devoted to the Rangers.

That's a Wayne Jersey. He started with Nj Devil's youth for 4 years, then two seasons with Cranford, two with Wayne, spring leagues with west orange and union, now moving to Nutley Clifton for spring and next year, and just finished Freshman season with the Nutley/Columbia team.

In their next game against them, last night, Rangers beat Flyers 8 to 3.  Not 9 0 but a good beating by hockey standards.  A two game total score of 17 to 3.

Rangers also helped by the kind of luck winning teams get.  They went into 3d period shorthanded.  A Ranger in the defensive zone looked like he knocked the puck into the stands cleanly over the glass, which is a delay of game penalty in hockey.  Was not called.  They would have been down 2 men.  Instead, seconds later, they scored a short handed goal.

Ranger Mika Zibanejad (half Swedish, half Iranian) set an NHL record with 3 goals and 3 assist in each of the 2 consecutive games.  Budding D Star Adam Fox tied a Ranger record with 5 assists.

I got hit by a puck once. A casual flip by one of the Bruins. I had great seats close to the ice.

I vaguely recall a game where, I think, a Bruin tried to climb into the stands to beat up a Ranger fan.

I vaguely recall a game where, I think, a Bruin tried to climb into the stands to beat up a Ranger fan.

The Bruins were the team you loved to hate. Thought a hockey fan would like this article.