Our cat Cosmo is lost 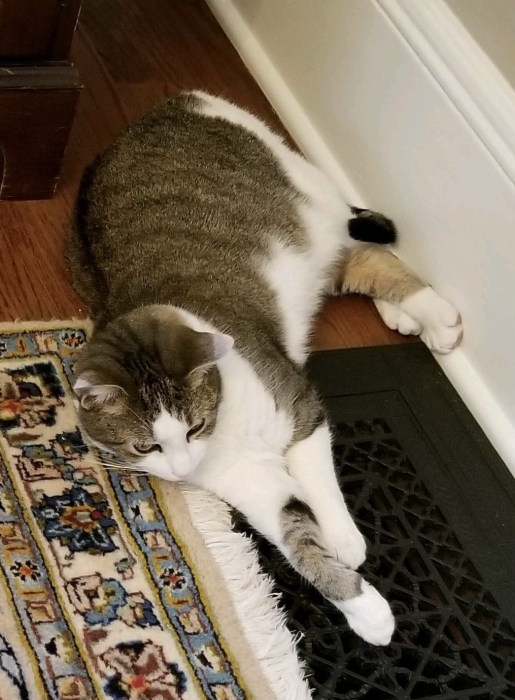 I believe your kitty is being shared on FB. We'll all keep an eye out.

I know, they sometimes get out. But if you give a **** about your cat, keep it inside.

I know, they sometimes get out. But if you give a **** about your cat, keep it inside.

don't give advice about cats when you don't understand cats.  while it is better to start cats out as indoor cats and maybe leash train them as kittens, that is not always possible, and the best thing is for them to be out.  there are MANY feral cats all over the world...I know there have been as many as 5 feral care takers including myself within 2 blocks of me.  The only other option would be to trap and euthanize.  We tried to turn a couple ferals into indoor cats, but if a cat has already acclimated to the outdoors by the time you get it, it is often a lost cause.  sure, we could physically prevent them from going out, but that causes them intense distress.  I've also dealt with 2 pet cats that were abandoned in the neighborhood and were on their own for months before we took them in,  Turning them back into indoor pets is not realistic.  Also, outside they get exercise and stimulation.  There is only so much they can get if we lock them inside.  i realize some people have an issue with cats wandering through the yard, but i hate to tell them...so do opossum, fix, dear, maybe even a coyote, skunks, and other wild life.  I hate how cats hunt.  But we have to make the best of the situation we have.  It used to be common place to let cats out...in other countries it still is.

Around me its common for people to let their cats out.  As for others wandering through the yard, those are wild animals and don't have the option to go "pet" and have the easy life, especially the predators.  I never like reading about how many song birds domestic cats kill.  To a lesser extent, I don't like the owners taking for granted that their pets can crap in my back yard.

Hoping your baby makes it home. My cat Moe got out about 10 days after I moved. He was gone for a week or more (this was 25+ years ago). One day, he just came strolling up like it was perfectly normal. He met an early demise, not due to the street but pulmonary thrombosis. I still miss him.