A monkey on the loose in West Montrose?

Anyone missing a monkey? Staff, students spotted it lurking outside this N.J. school.

First, a teacher saw a monkey outside - not monkey bars, an actual monkey. So did several students who attend Montrose Early Childhood Center in South Orange and it’s not some Halloween costume.

Public works employees who happened to be in the area of the school on Clark Street also confirmed the strange simian sighting in the area on Friday morning.

But by the time the school notified police and an animal control officer was dispatched, the animal had long since run off, officials said.

“There have been no sightings on our end,” said Annie Feddeman, a field services dispatcher for St. Hubert’s Animal Welfare Center, which handles animal control for the Village of South Orange. “Our animal control officer was there within 15 minutes. We’re waiting to see if there’s going to be any other sighings. He scoured the area pretty good and there was nothing.”

Feddeman said that while sometimes animal control officers get reports that turn out to be erroneous, the fact that so many people described what they saw the same way lends validity to it.

“There have been times we’ve been told about people thinking they see one thing and it turns out be something completely different,” Feddeman said

The animal control officer canvassed the area and spoke to someone whose neighbor also “swore they saw it.”

In the meantime, students have been kept inside since a staff member first reported seeing a monkey at about 10:15 a.m, according to an email sent to parents by principal Bonita Samuels. A few students also claimed they saw a monkey, Samuels wrote.

Students will remain in the building until the end of the school day or the monkey is found, the principal added.

“Everyone is safe and we are having a good time wondering,” Samuels wrote.

She declined to comment through a school secretary and referred calls to a district spokeswoman. The spokeswoman didn’t immediately return a phone call and email from NJ Advance.

Jeff Goldman may be reached at jeff_goldman@njadvancemedia.com.

Well…. It’s been a few weeks since he last posted any new topics for discussion on MOL.

Well…. It’s been a few weeks since he last posted any new topics for discussion on MOL.

And your point is…?

I happen to live directly across the street from the school in question.

Find him and you'll find the monkey. 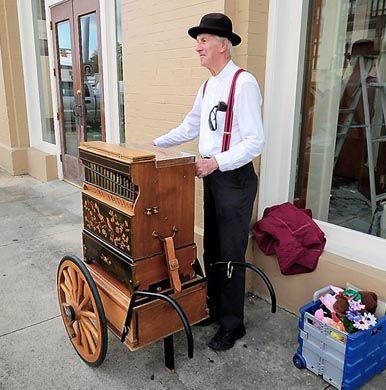